Discover the Oud: The Legend of Arabic Music and Culture 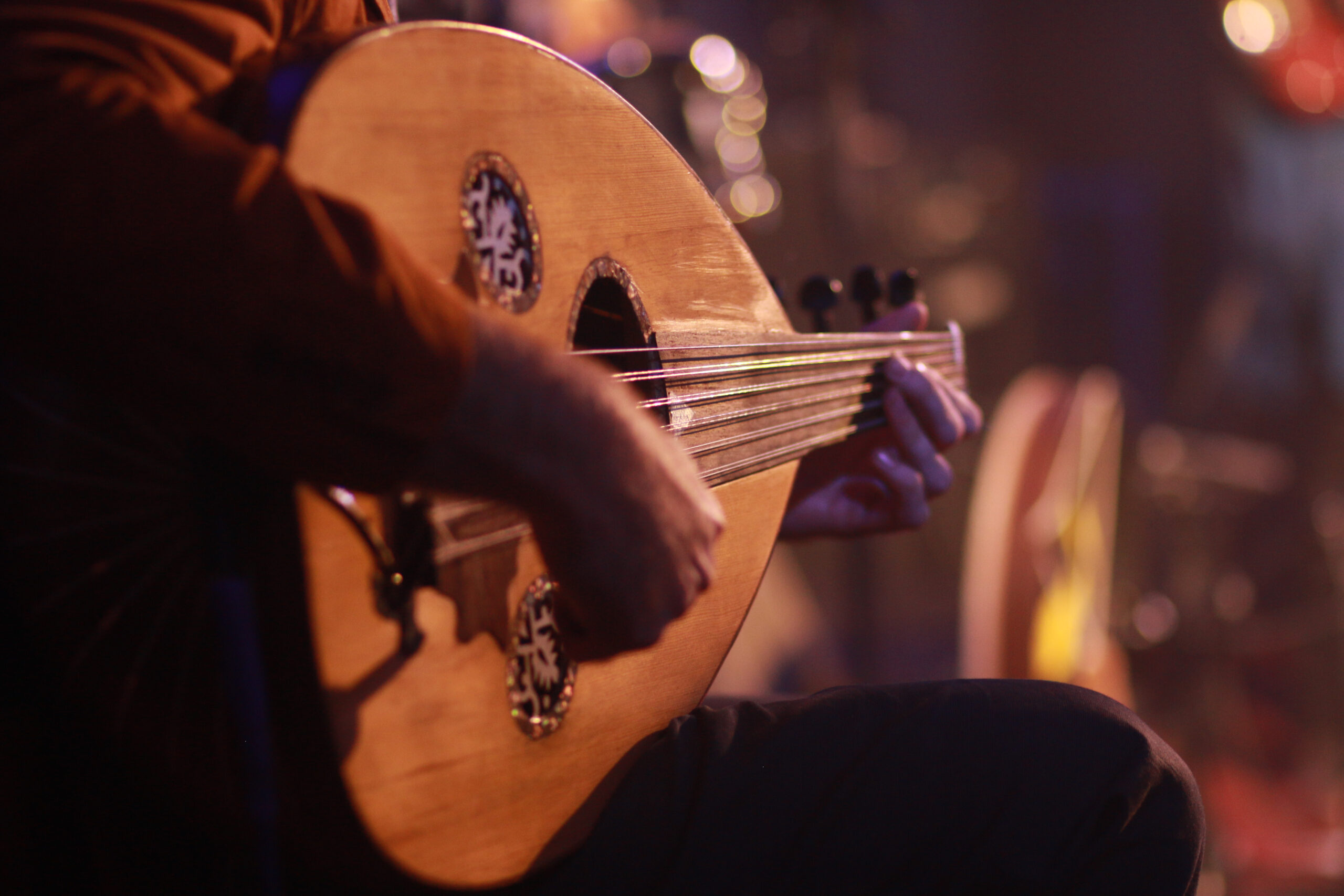 Discover the Oud: The Legend of Arabic Music and Culture

It’s been called the “king of Arabic instruments” It’s also one of the most romantic musical instruments you’ll find in the Arab world.  Join us today as we take a journey with the Arabic oud. You’ll discover what instrument is used in Arabic music the most.  Who knows? You, too, might find yourself listening to oud music as you also find out more about Arab culture.

When it comes to the Arabic oud, country of origin is up for debate. However, we do know that it is one of the oldest musical instruments in history. Archaeologists have found them painted in ancient wall frescos and on the tombs of Ancient Egypt. Some claim, however, that the drawings found in Egypt are really the nefer, a forebear of the oud instrument. Still others say that the ancient musical instrument related to the Arabic oud is really the Ancient Persian barbat. There is no doubt, though, that it wasn’t until around 800 A.D. that “oud” first appeared in Arabic texts.

It would be early Islamic philosopher Abu Nasr Al-Farabi that would become known as “the Father of the Oud”. Along with being a philosopher, Farabi was a musician. In fact, those who study history see him as the inventor of the Arabic oud as he first mastered it. It was Farabi who wrote the most detailed information about the Arabic oud instrument. Additionally, he added a 5th string to the oud, which was, up until his time, a 4-string instrument. The oud has seen only minor changes since.

The oud has a rounded back called a “bowl” that looks like a gourd. It is made of made of a series of ribs. The type of wood used to make the bowl determines the quality of its sound. As a result, many are made from hardwoods ranging from walnut to mahogany.  Usually, oud makers use softer woods like spruce to for the flat surface on the front of the oud. Likewise, they use ebony on the fingerboard and for the tuning pegs. As you probably have guessed, good quality ouds are often handmade.

Unlike the guitar, Arabic ouds are fretless instruments. However, like guitar players, oud players use a single pick or “plectrum”.  Though, in olden days wood plectrums were the norm, today’s plectrums are plastic.

Today, oud players play the Arabic oud throughout the Arab World from North Africa to the Levant and the Gulf region. If you would like to listen to the oud, look no further than the likes of Maya Theravada or Nasser Shamma in your next Google search.

So, with that, if you’ve ever wondered what is oud musical instrument, now you know!

If you’d like to learn more about Arab culture or learn the Arabic language, you’ve come to the right place. The Kaleela Arabic Learning app is right in tune with your needs when it comes to learning Arabic. In fact, it so convenient, you can learn anytime, anywhere. Download it today and see for yourself how learning Arabic can be like music to your ears. Visit us at kaleela.com.