Arab Culture: A Quick Guide to Arab Traditions And Habits 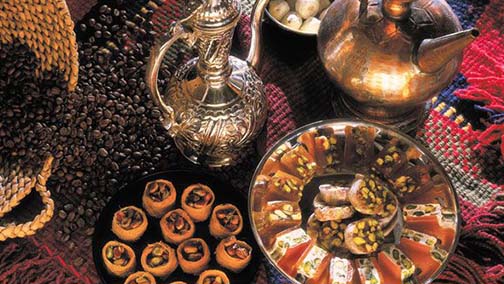 Arab Culture: A Quick Guide to Arab Traditions And Habits

Being Arab is a cultural trait rather than a racial one. Just as Americans are of mixed race, ethnic and religious backgrounds, so too are Arabs. Though they may be different from our own, it’s these cultural traits that define the Arab world’s values. In today’s post we will focus on this.

The Arab world is made up of 414.5 million people that live in 22 Arabic-speaking countries. These are situated in the Middle East and North Africa (MENA). If you plan to travel for leisure or business, it’s important to know the values and beliefs that differ from your country.

Whether it’s for business or for pleasure, meeting Arabs is a rich and rewarding experience. You can learn more about their cultural values and how to behave in their country. You will see that their communities and even in their homes are helpful and encouraging. Not only do you realize the differences between their culture and your own, but you also understand and appreciate the similarities that you and the people of the Arab world have in common.

Islam and the Values of the Arab World

Without a doubt, with over 93% of the Arab population being Muslim, the biggest influence on modern Arab values is the religion of Islam. The principle text of Islam is the Quran, revealed to the Prophet Mohammad by the angel Gabriel. It is not only the foundation of Islamic law (or Sharia), it is the basis for all Arab values.

The Value of Loyalty and Family

There is an old Bedouin saying that is the law of the jungle when it comes to loyalty to family. It says something like “Me and my brothers against our cousins, me and my brothers and cousins against the world!”. This is because family plays a crucial part of Arab culture. Families sustain tribal and clan relationships in many countries and loyalties are very strong. People know and speak proudly of their forebears. Everyone knows how important their individual familial roles are in that family history.

Arab families are often patriarchal meaning that men assume the role as head of the family. Fathers should support their families. However, due to both societal and educational changes in modern life, wives frequently help support the family. Although the father usually has the final say in family matters, both parents discuss and plan matters of importance before making decisions.

In Arabic speaking countries, many women adopt the more traditional role of the housewife and stay at home to manage the household and help raise and educate their children. However, Westerners often have misconceptions about this idea, and sometimes see wives as oppressed and unequal to men, so let’s set the record straight. Many Arab women who may seem to be “mere” housewives are actually involved in the business affairs of her husband, and some even discreetly work outside the home in their own careers.

Arab children often follow the examples set by their parents. As a result, boys learn their roles as “men” as protectors of their sisters and mothers and often take on responsibilities outside the house at an early age. Likewise, daughters are taught to manage the house and are often praised for their feminine qualities. Children stay at home until they get married, and it’s not surprising to see one of the sons live at home after marriage to take care of his parents.

Respect for elders is another important value of Arab culture that can be traced back to the Islamic faith. In Sūrat al-Isrāʼ of the Quran,  Muslims are commanded to speak gently and politely to the elderly and to treat them respectfully. As a result, the elderly are often consulted on matters of importance. Male members of the family often sit together to discuss everything from work to family matters. Mothers and grandmothers are often relied upon by the young women of the family concerning issues of childbirth and child rearing.

A good education is highly prized in the Arab world, and Arabs are quite proud of their qualifications. No doubt when you talk to an Arab mother or father, they will proudly boast about how great the school or university their children are attending is and how well their children are doing at them. Even the poor try to scrimp and save to send their children to good schools and universities, hoping they will attain a diploma or degree, and thus, a better chance at succeeding in life.

In the Arab world, privacy is another highly-prized cultural value. In general, Arabs do not discuss personal matters outside of their family, and speaking poorly about a relative is seriously frowned upon.

You can see how important privacy is to Arabs even in the ways their homes are built. Often there will be parts of the house specifically designated for visitors, even going so far as to have separate areas where female guests sit with the female hosts by way of a separate entrance,  with the men generally meeting in the living room or “salon” designated specifically for male guests. In small homes or apartments,  the arrival of guests is timed so that they will not see members of the family with whom they have no need to see. If this can’t be arranged, then meetings are often done outside in café’s or other mutually agreeable locations.

Arabs are renowned for their hospitality, so when traveling anywhere in the Arab world, you should be aware of the correct behavior when receiving  a warm welcome:

Food and hospitality go hand in hand in the Arab culture. First, know that you will be offered the best that you’re host has to offer, and the meal will be made with much love, respect, and appreciation for you as their guest. The menu will include a diverse variety of foods such as beef, chicken, lamb or fish (pork is forbidden Islam). For an appetizer, you might get olives, nuts and raisins. Bread is also vital to this culture and refusing to break bread is often considered an insult.

When invited to eat a meal with Arabs, you will find differences in table etiquette. For instance, if they offer you a snack, decline the first time, then accept (decline two times in Jordan).  Never, ever refuse a drink. Use your right hand when eating and drinking, and don’t stay too long after you’ve finished the meal to avoid wearing out your welcome.

Dress codes and customs differ from country to country. In most countries women are required to wear hijab (a headscarf), or a burqa (a large robe-like outer garment worn by women and girls  that covers the entire figure from head to foot). In other countries, however, there is little difference between their clothes and the clothes worn by women in the West such as short sleeves, skirts and tight jeans.

Some basic dress tips to follow when traveling to the Arabic world are:

Perhaps using common sense when traveling to the Arab world is the best advice. Yes, some of the cultural traits and values may be a bit different than your home country, but again, knowing the basics in customs and manners will go a long way. Usually, most Arabs realize that you’re a foreigner and making a mistake is often overlooked, but trying to learn about their culture and trying to learn to speak Arabic will take you a long way when it comes to getting to know the affable and hospitable Arabs.