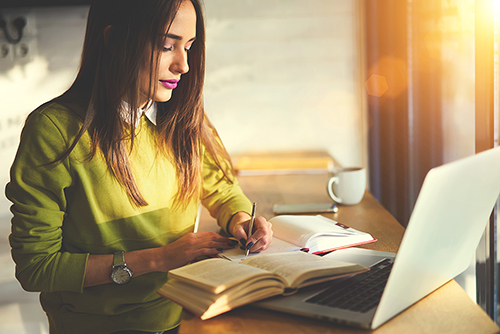 You’ve probably heard before how popular Arabic language became. Or maybe you heard how more and more non-Arabic speakers started learning it or going to Arab country for study purposes. However, it has the bad reputation of being difficult and hard to understand. You might think that only the people with an affinity for languages might be able to master it. It couldn’t be further from the truth! You might not be used to the alphabet. Or maybe the sounds or writing from right to left. But guaranteed that within 1 week you’ll become more confident and say to yourself “You know what? I can do it!”.

When asking non-Arabic speakers what stops them from learning the language, they came up with a few responses as per below.

Before, people believed that the only ones able to learn a new language were children, saying that they were more perceptive. However, when looking into it, studies have shown that an older student has some advantages over the fresh mind of a child. For example, cognitive skills are more developed and it does extend to how your memory soaks up information. Basically, you can say that you learn harder because it’s been a while since you’ve been in school, but once learned, you’re stuck with it.

Some people answered that they no longer have the time to learn a new language, they are either working, studying, parenting, running a business etc. They’re thinking “I would if I had time”. But have you ever asked yourself this question in a different manner? Like “how can I make time for this?” Let’s say you are relaxing on the couch after a long day, the last thing on your mind is sitting at a desk with some books in front of you. Well, you can opt for an interactive application that will not stress you out, will let you take it easy and is tailored to fit your busy life. Give the Kaleela app a try.

Some people think that because Arabic is a totally different language from their mother tongue, it might be different. We at Kaleela beg to differ. With the right tools, resources and learning methods, Arabic can be treated like any other language. If your biggest fear is how different the sounds are, listen to them more and keep repeating. If you believe the alphabet is hard, practice it more. After you get passed this mental barrier, it should be smooth riding from there on.

In conclusion, even though it might seem it’s hard, not getting discouraged is key. Just like any other thing in life, it’s best to approach it positively and with the “I can do this!” mindset. There are many testimonials online from people who managed to master the language fast and effectively. If they can do it, so can you!