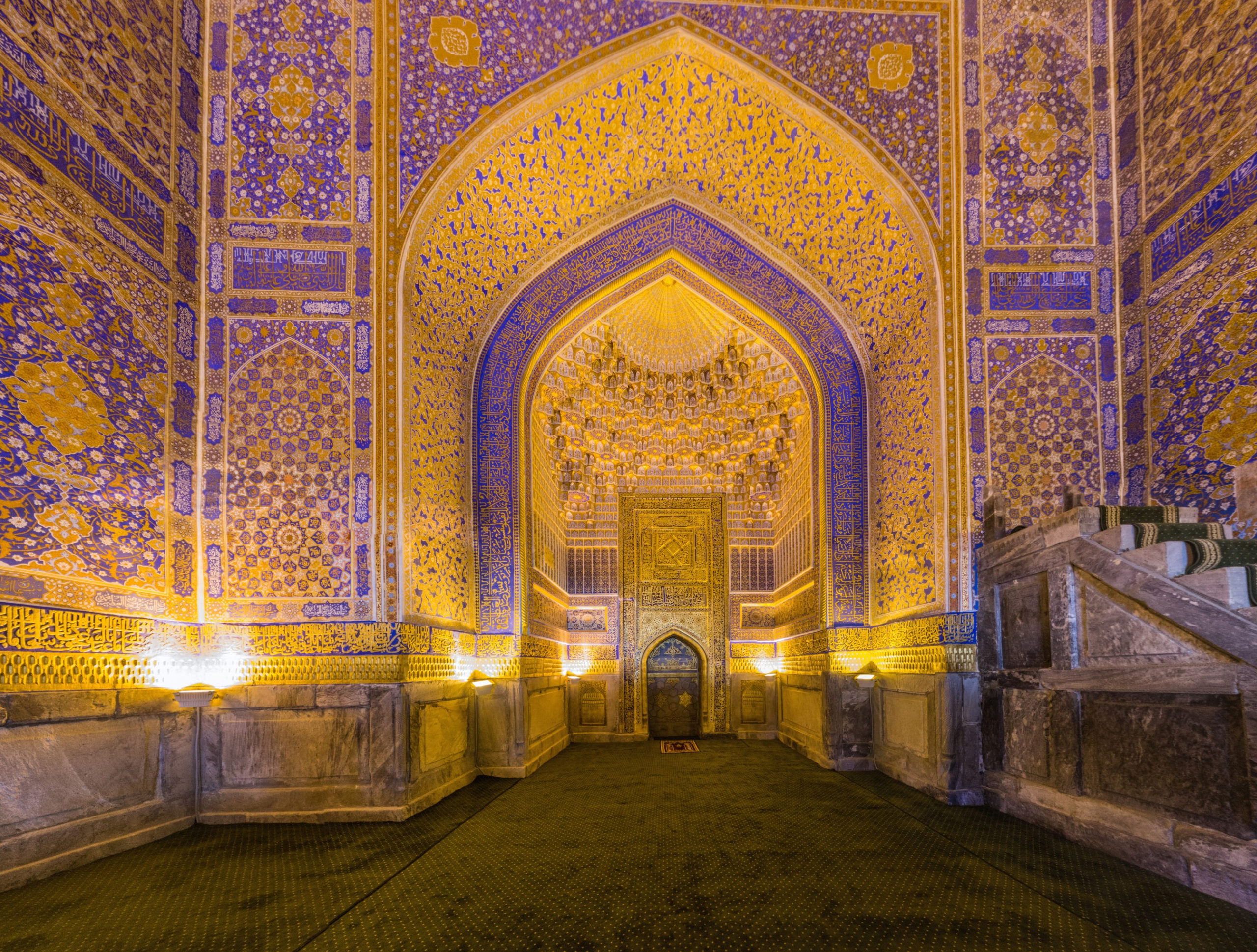 Despite its name, Islamic art is not the art of a specific religion, time, place or of a single medium. What it is, however, is art that covers a period of some 1400 years – art that comes from many lands. It’s an art that includes architecture, calligraphy, painting, glass, ceramics, and textiles, among others.

So what does it consist of?

Islamic art doesn’t include only religious themes, but also art from the rich and diverse cultures of Islamic societies. As a matter of fact, it quite often features elements that some Islamic theologians may consider forbidden. Although, it does differ greatly from the figural depictions of Christian art as religious representations are forbidden in Islam. As a result, the tradition of calligraphy and calligraphic inscriptions takes the forefront. The word often replaces the figural representation as you can see in the calligraphic decorations of handwritten Quran manuscripts.

Religious significance also roots itself in the mosques and lavish gardens of paradise in Islamic architecture. Although you’ll find there are some figurative paintings that cover religious scenes in Islamic art. However, more often than not, they are usually secular in nature. Some examples would be palace walls and illuminated manuscript borders of poetry books.

Other influences on Islamic art

Art historians define arabesque as “a winding, spiraling, undulating, or serpentine line or linear motif”. Islamic art is perhaps best known for its arabesque elements which are often used to symbolize God’s transcendent, indivisible and infinite nature. According to some scholars, however, some artists who believe only God is capable of perfection may intentionally make mistakes in their arabesques to show their humbleness.

Many Muslims believe that it is a form of idolatry to depict both human and animal figures. However, Islamic art has generally focused on using arabesques and other patterns along with Arabic calligraphy. That being said, one can find depictions of the human form and animals in Islamic secular art.

If you enjoyed this article on Islamic Art and would like to know more about Arab culture, or if you would like to practice the art of Arabic writing by learning Arabic language skills, please visit our website to find out more. Studies have shown that Arabic learning apps are the best way to learn Arabic and Arabic dialects and the Kaleela Arabic learning app let’s you learn Arabic language skills on your own, at your own pace, whenever and wherever you want. Visit our website or go to Google Play to find out how you can download our Arabic learning app to your IOS or Android mobile device and start to learn to speak Arabic today.