Jordan: The Best Places To visit That You Just Can’t Miss 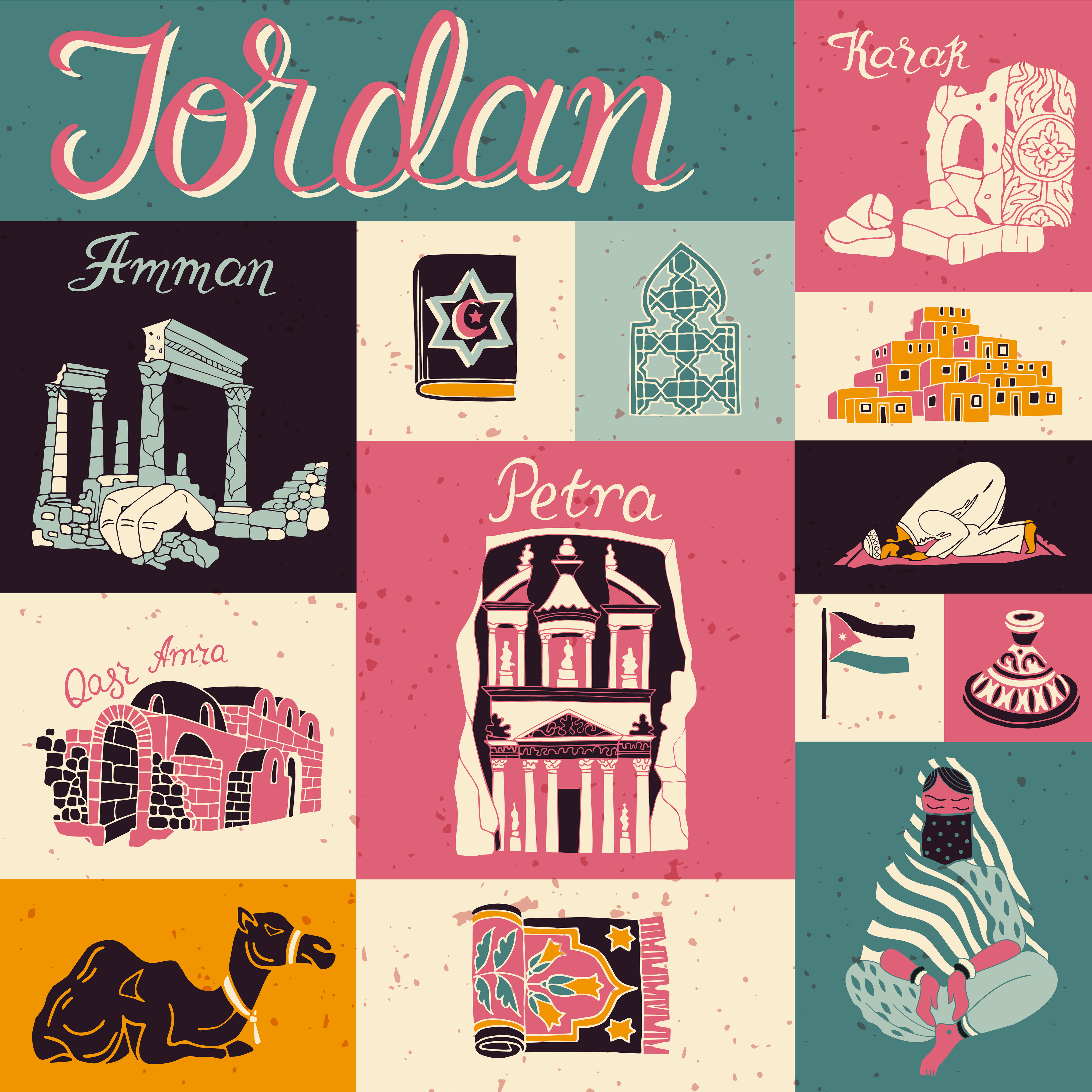 Jordan: The Best Places To visit That You Just Can’t Miss

The Kingdom of Jordan is about the same size as the U.S. state of Virginia. And though Virginia may be a place for lovers, Jordan is a place for lovers of history and nature. In fact, since the dawn of mankind, people have been wandering through Jordan at some point in time. From the Nabataeans to modern day Arabs, each of them have left their proof of having been in the Black Iris country. So, whether it’s ancient cities, surreal landscapes, or seaside resorts you’re looking for, Jordan has something to offer everyone. Here are some of the places to visit in Jordan that you just can’t miss:

The Roman ruins of Jerash are perhaps one of the most well-preserved cities of the ancient world. People have lived in this ancient city since at least the Bronze Age. Nevertheless, it’s most famous for the ruins of the Roman city once known as Gerasa. The ruins include the “must-sees”- Hadrian’s Arch, the Temple of Artemis’ Corinthian columns and the huge oval colonnade. And when we say huge, we mean HUGE. In fact, it’s thought that only 10% of the ancient city has been dug up. This means plan on spending a few hours here. Jerash is just a 40-minute minibus ride away from Amman. Located in the northwestern part of the kingdom’s capital, you can catch the minibus from Sweileh for about half a dinar.

Let Amman Take Your Breath Away

Speaking of the capital city, from the Citadel and the Roman Theatre downtown, to high-end shopping and dining in one the many modern malls that dot the city, there are plenty of fun activities in Amman. However, be warned that strolling up and down the many hills gives a whole new meaning to the phrase “take your breath away”. Just don’t tire yourself out too much or you might miss some of the many things to do in Amman at night. From coffee and shisha in one of the city’s many cafés to more than a handful of cinemas to choose from, there’s plenty to do at night in the City of Stairs.

There’s a Sky Full of Stars in Wadi Rum

When it comes to nighttime things to do in Jordan, Amman might have the malls, cafes and pubs, but you’ll find the real nightlife in Jordan in Wadi Rum. Bedouins have been living in this vast, otherworldly landscape for millennia. In fact, they’re still the gracious hosts of this area that’s about the size of New York City. Wadi Rum, or the “Valley of the Moon”, is a perfect patch of desert biome located in the reddest part of Jordan. The iron oxide in the soil makes it so red, in fact, you’ll want to call it the “Valley of Mars”. Spend the day here and enjoy sweeping red sand dunes and towering sandstone arches. Spend the night here and enjoy a sky full of stars. There’s really no other place like it on Earth.

Wonder at One of the New 7 Wonders

Perhaps of all the famous things in Jordan to see, Petra is on the top of nearly everyone’s bucket list. In fact, many people visit Jordan just for Petra alone. (Don’t miss out on the rest of the best of Jordan like them, however. Visit every place on our list.) Once the capital city of the Nabataeans, Petra dates to around 300 B.C. However, it’s the tombs and temples carved into the pink sandstone cliffs that people from all over the world come to see. And there’s no finer example of the Nabataea’s handiwork than the nearly 148 ft. high Al Khazneh, or “The Treasury”, with its ornately carved, Greek-style façade.

One of the most fun activities in Jordan is floating in the Dead Sea. The high salinity of the Dead Sea makes it possible for everyone to float. However, people also come to the Dead Sea to get down and dirty. Also, try slathering yourself with some of the Dead Sea’s famous mud and enjoy its healthy properties for glowing skin. Rinse off with another float in the sea and then enjoy the spectacular sunset while having dinner at one of the many resorts there.

Of Moses and Mosaics

About a 45-minute drive from the Dead Sea lies the charming city of Madaba. However, along with this charm come the beautiful ancient mosaics that Madaba is most famous for. You’ll find the most famous one – a map of the oldest known version of Palestine – located at St. George’s church.

Not far from Madaba is Mount Nebo, famed spot where Moses first caught a glimpse of the Holy Land. However, you don’t have to be religious to admire the sweeping panoramic view of nearby Palestine and the Dead Sea. There is also another historic mosaic here along with some other ancient artifacts. Also, don’t miss the stunning sculpture that represents Moses historic look-see from the mountaintop.

So, now that things are slowly opening up to travel all over the world, add Jordan to that bucket list of yours. While you’re at it, go ahead and add learning Arabic to that list as well. In fact, learning Arabic has never been easier thanks to the Kaleela Arabic language learning app. With this easy-to-use app, you can learn not only Modern Standard Arabic, but also Arabic dialects as well. So, before you pack your bags for your trip, pack your brain with the Arabic language and see how much more fun you’ll have in Jordan. Download the app today from kaleela.com and see what we mean.