Learning About the Arabic Abjad is as Easy as Alif, Ba, Ta 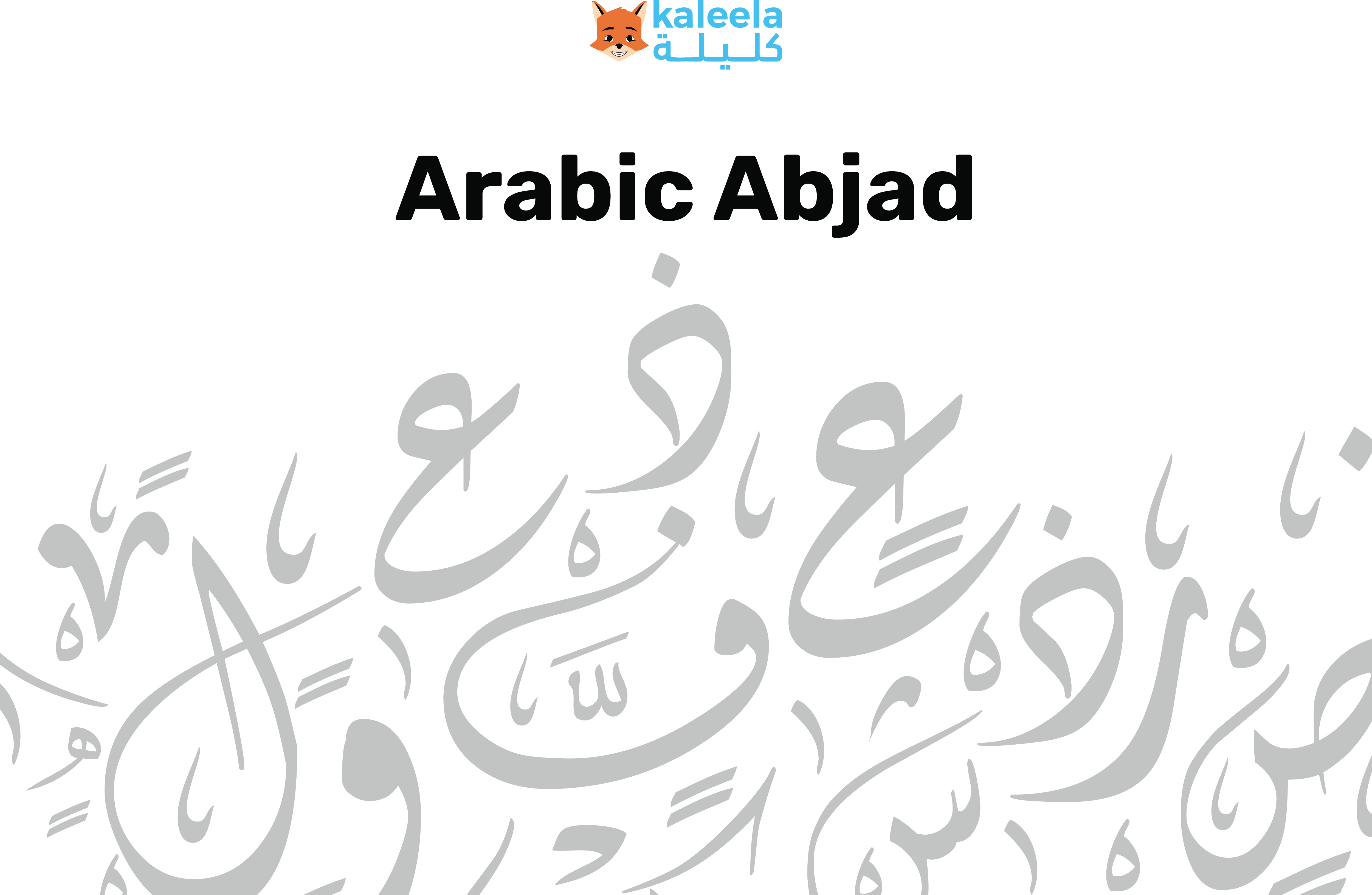 Learning About the Arabic Abjad is as Easy as Alif, Ba, Ta

Many of you have asked us about teaching you the Arabic alphabet. However, we’re sorry to tell you that it’s just not possible for us to do that and the reason is pretty simple, actually.  You see, the Arabic language doesn’t have an alphabet. Rather it uses something called an abjad system.

So, what’s the difference?

Well, we’ll explain that and other things you need to know about as, today, we talk about the Arabic Abjad. So, let us start, shall we?

The Alphabet vs. The Abjad

Let’s start with the alphabet first. An alphabet is a writing system in which each written character represents one unit of sound. You can see examples of this in most Western languages and especially those derived from Roman, Greek, and Cyrillic.

On the other hand, an abjad is a writing system that mainly uses consonants and may or may not use vowels. That is, abjads mostly consonants, and, while it’s possible to write vowels as well, Arabs usually don’t. For example, if English were written in an Abjad, t wld lk smthng lk ths.  Since you obviously already know English, that was probably easy for you to understand. However, if you had to learn the language that way, it wouldn’t be easy, would it? Further, when it comes to using an abjad, Arabic and Hebrew are probably the two languages that most people are familiar with.

There are 28 abjad letters in the Arabic abjad. Three of these – alif, waw, and yeh – are long vowels. Still, waw, and yeh can be used as a vowel or constants, similar to their English counterparts w and y. Other than those three, you won’t normally see vowels written in modern Arabic writing.

If you’re learning Arabic as a Muslim, however, you’ll find vowels written as diacritic marks either above or below the abjad letters. Without these marks, pronunciation, which is very important in reading the Quran, would be very difficult for Arabic learners.

So How Does All of This Help My Arabic?

Well, the best way to learn to read and write is practice reading words in tandem with learning their pronunciation. If you haven’t learned the Arabic abjad chart and how to pronounce each of its letters first, you’ll find reading Arabic nearly impossible. In the end, you’ll find it all starts with the Arabic abjad.

Now more than ever, you’ll find that learning the Arabic abjad is as easy as alif, ba, ta with the Kaleela Arabic Learning app. For more info on how you can download the best Arabic learning app to your smartphone and start learning Arabic today, visit kaleela.com.