Pyramids In Sudan: A Forgotten Nubian Civilization and Ancient Structures 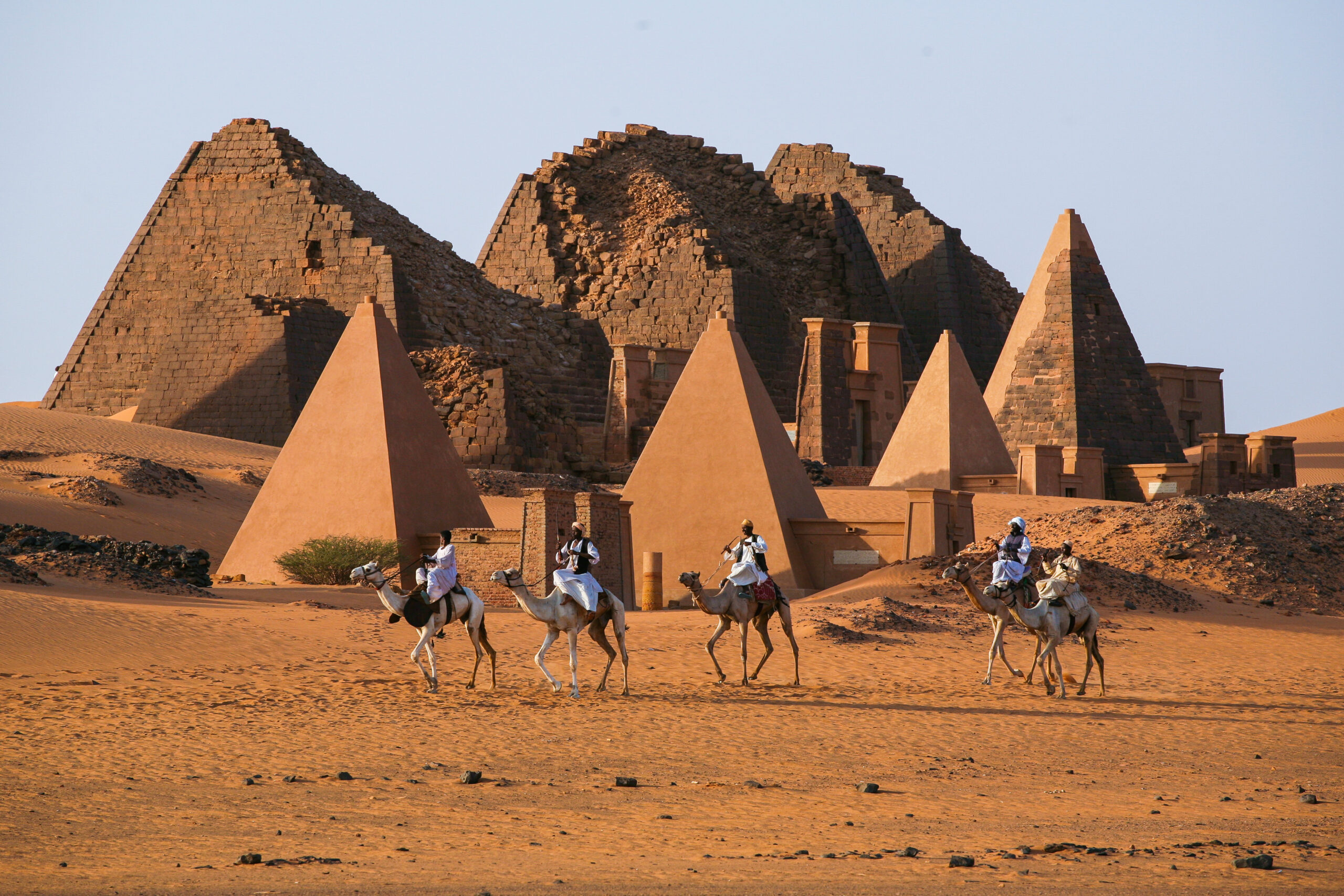 Pyramids In Sudan: A Forgotten Nubian Civilization and Ancient Structures

When we think of pyramids, we think Egypt right? Well, it turns out that there are more pyramids in this world.

Yes, we were just as confused as you are right now. Kaleela is telling you all about a hidden civilization that nobody knows about. Drum rolls please…. Welcome to the Nubian pyramids.

We already mentioned that these Nubian pyramids are not in Egypt. But they are still in Africa.

In fact, they are right next door: Sudan.

Arabic countries have always held so many ruins and ancient civilizations. Sudan is no different. Although Arab culture doesn’t revolve around it, but it is still part of its history.

It dates back to 5000 years ago. Yes, you read that correctly: Five thousand years ago.

Nubian Pyramids: Where Are They?

Let’s say you book a flight and make your way to Sudan. In order to find this Nubian civilization, you should drive north from Khartoum. About 150 miles of driving to be exact. You will arrive at a city called Meroe. This ancient land used to be the home to the Kingdom of Kush.

Let’s take a look at it location-wise. So Nubia is actually the area around the Nile River. Seeming that the this is a vast region, it’s between central Sudan and southern Egypt. More specially, Egypt’s city of Aswan and Sudan’s city of Khartoum.

It’s very close so it strikes as odd to not be found. It’s not like it’s in the middle of nowhere?

Nubian Pyramids: What Do They Serve Exactly?

Well, simply put: it is mixture of a cemetery and royal things here and there. To be exact, there is a left or east side, and a corresponding right or west side. The east bit serves no other purpose than a burial ground for kings and queens of Kush. Exciting, huh?

Now, the other side, namely the west includes many structures. This includes a temple, a royal bathing area, and you named it, lots and lots of palace ruins. Scholars do refer to it as the royal city because it really was. It is basically the ruins of where they lived.

The Civilization: Why Were the Pyramids in Sudan Forgotten?

African people suffered racism since the beginning of time. This racism actually extended itself to reach important historical events. In other words, altering information was, and some argue, still is, happening for historical moments and happenings. The same goes for monuments it seems.

Most argue that this the primary reason why these spectacular pyramids have not been part of headlines.

Africans had the worst treatment throughout history. There is plenty of evidence for that. But there was one place where they felt safe: Kush. This was their pride and their ancestors had the treatment of kings and queens. Black people felt empowered in their own kingdom. A kingdom that was forgotten until recently.

The way to look at it is easily described through a comparison. Africans see the Kingdom of Kush as their pride and their reference. The same applies to Europeans and how they look at Greece.

Learning Arabic includes having fun. The best way to do this is travelling to a country where people speak the language. This would be a perfect opportunity to not only practice, but discover too.

There is very little information about these dazzling structures. You could go and find out for yourself. Maybe even do a little digging for information, scavengers? You never know, this might be the next structures for the 7 wonders of the world. Imagine being one of the first people visiting before tourist rates apply.

Did you like this article? You will surely love our website which has plenty more to offer. Not only this, but our Kaleela app will help you learn Arabic the right way.