The Book of One Thousand and One Nights: Aladdin and the Magic Lamp 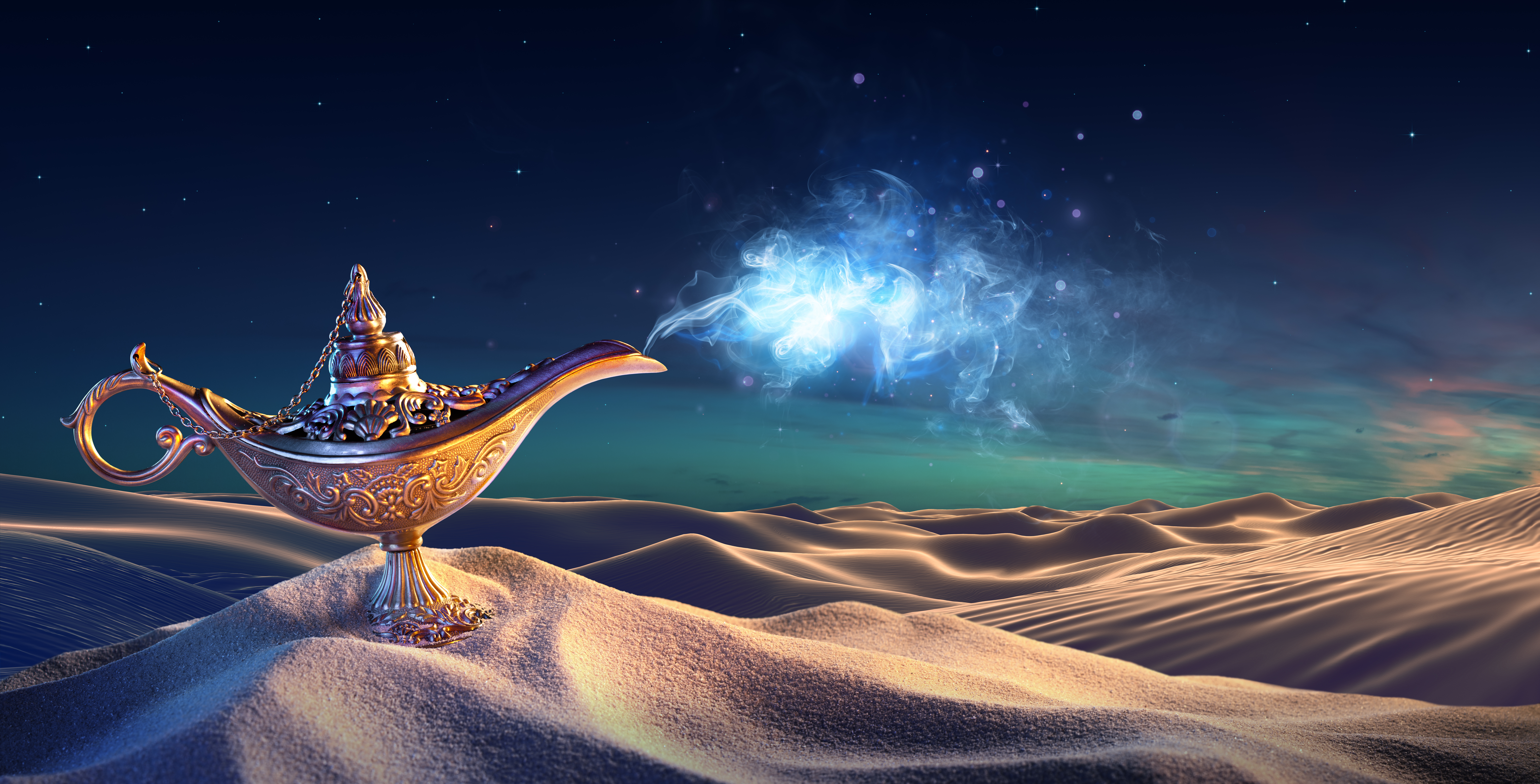 The Book of One Thousand and One Nights: Aladdin and the Magic Lamp

If there is one Middle Eastern folktale we all know it’s the Aladdin story.

So learning Arabic means that you are learning its cultures and stories behind everything. At some point, you must have come across the one and only: the book of One Thousand and One Nights. It is also called the Arabian Nights.

These Arabic stories and folktales do not only tell stories. They are the essence of Middle East culture. These were fiction and non-fiction tales that taught morals and lessons.

Aladdin and The Magic Lamp, Everywhere

Aladdin and Jasmine are figures that we see every day. Even if you don’t study Arabic, you will surely come across the characters and their story somewhere.

The latest is Will Smith’s movie: Aladdin. It is funny, musical, and family-friendly. So everyone can watch it. Who wouldn’t? it has Will Smith for God’s sake.

But of course, this is not the only illustration of the folktale. Famous illustrators include Edmund Dulac in his Stories from the Arabic Nights. Not to mention, H.J. Ford in Andrew Lang’s Arabian Nights Entertainment. Finally, Walter Crane in his Aladdin Picture Book.

The Story: The Young and Poor Aladdin

Typically, the story starts with a young boy and his name is Aladdin. He is of course very poor. While living with his mother, a knock on the door came about. It was a man who is a merchant. The mother suspects that he’s a magician.

This weird man promises that the boy will rich by the time he gets back. That alone sounds suspicious enough. Red flag, right?

Fast forward a bit, they get to a cave. This man asks our Aladdin to enter the gold-filled cave and take as much as he wants. However, he needs one thing and one thing only: a lamp.

Let’s take a pause here and talk about this. Lesson number one: Do not trust strangers that ask you to go into gold-filled caves. Obviously something is very, very wrong here.

As much as we would love to continue telling the story, it would be better to enjoy the original reading.

The Difference in the Re-telling

Although there are many illustrations of the original story, they are not really original. In fact, some of them actually eliminate important characters. The most prominent one is the mother.

Some versions of the Aladdin and the Magic Lamp actually orphaned him. While other tales show how his mother aided in him getting to the princess.

Another fun fact: the original actually had, not one, but two genies. We all know the first one. The Will Smith one. But the second was from an evil magician through a magic ring. That genie is a slave to the ring.

This story was first published in 1704. The fact that it is being illustrated and re-told until today is striking. This only shows how important the lessons are from these story. It very relevant to every day reader. It is a story of the past, present, and future generations that will be forever and always relatable.

We may not have real-life genies, lamps, and gold-filled caves, but we have similar conditions. In some way, we all relate to the story.

Some life lessons include being yourself, not falling for weird men that ask you to go into caves, and working hard. Not to mention, fight hard for your one true love, even if he/she was a prince or princess.

You liked this article? We love that you made this far. Check out our amazing Kaleela app that will help you learn Arabic in the best way. We call it the right way. Through our app, you will find endless courses just for you.