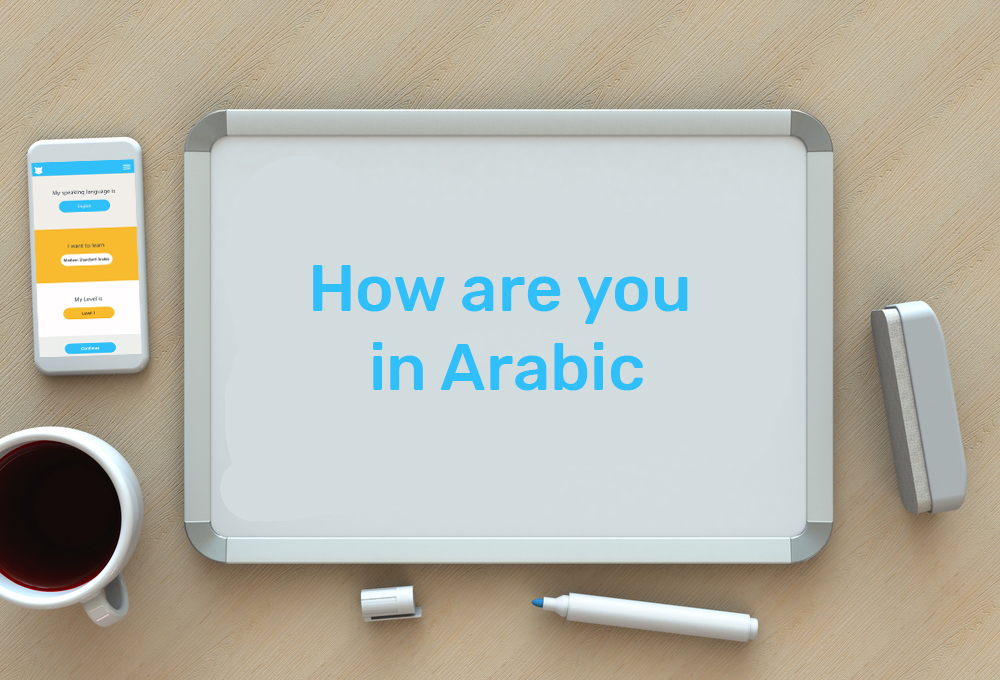 If you want to ask someone or a group of people How are you in Arabic, use the following:

What’s the best way to learn Arabic? Why, of course, it’s through learning with Arabic learning apps. If you’re looking for the best app to learn Arabic with, then why not download the Kaleela Arabic learning app to your iOS or Android mobile device today? With Kaleela you can learn Arabic alphabet letters, Arabic pronunciation, and you can even learn to ask “How are you?” in Egyptian Arabic and other Arabic dialects like Levantine Arabic, Modern Standard Arabic! Of course, you’ll also learn all about Arab culture all along the way.