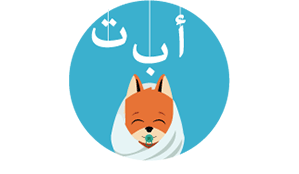 Alphabet In Arabic – Arabic Language – Learn The Basics With Kaleela 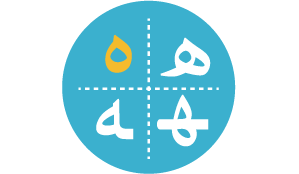 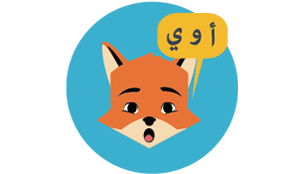 Since Arabic language is so different from many other languages, we at Kaleela believe it is important to learn Arabic alphabet and Arabic writing before learning grammar and vocabulary. Having knowledge of letter names can make learning letter sounds easier for unexperienced readers and a good refresher for more advanced learners. Learning that there are predictable relationships between sounds and letters allows students to apply these relationships to both familiar and unfamiliar words, and to begin to read with fluency.

This level offers a simple representation of the consonants, with exercises focusing on Arabic pronunciation and letter recognition. Also, as equally important, the lessons are paired with videos including transliteration and the correct path to follow when practicing the Arabic calligraphy. The topics and lesson are structured into letter groups, aiding a more effective and faster acquisition.

The next level introduces sound-letter relationships at a reasonable pace by offering more in-depth vision on how to write Arabic letters, by explaining and exemplifying the main consonants and semi-vowels. Each topic is composed of lessons and quizzes covering vocabulary more broadly.

The lessons contain words from familiar environmental print, followed by letters that occur most commonly in the Arabic language. The letters are presented in all its forms (initial, in the middle and final), with word examples.

Each quiz focuses on the correct letter placement in the word, teaching letter-sound relationships explicitly and in isolation, correct pronunciation of letters and words, testing long term memory with “mix and match” exercises and practice opportunities that include new sound-letter relationships, as well as cumulatively reviewing previously taught relationships.

Any student who started to learn Arabic language realized shortly that the Arabic alphabet is heavily dependent on consonants, however words have no meaning without the addition of long and short vowels.

Other Arabic learning apps lack in explaining this particularity, so the next level explains the long and short vowels with their correct usage and proper graphical representation. As the short vowels are a foreign element to many language learners, the topics make sure to fully explain the concept in a comprehensive way for any non-native. Exercises are equally important to test the acquisition level.